“If it hadn’t been for Community Solutions, I would have still been in that abusive relationship.”

When our Domestic Violence Advocate first met 33-year-old Clara* at the local police department, she was clearly upset and crying. There had been an incident of physical abuse earlier that day, and she was still reeling. Her abuser had been arrested, but he was the breadwinner of the family. In addition to her physical safety, she was now worried about her financial safety. She wasn’t sure if she had done the right thing by calling the police.

Clara was calmer when she came to our office two days later, but she was very worried about what was going to happen to her and her children, along with her abuser. She was reassured her that everything would be okay and that we were there to help, regardless if she chose to stay or leave the relationship. Clara’s Advocate guided her through applying for a temporary restraining order; provided legal advocacy support; and kept her informed on the status of her abuser’s pending criminal case.

Due to several years of physical and emotional abuse, Clara lived in constant fear and anger. Clara’s Advocate shared with her the Domestic Violence Power & Control Wheel. It took a while for it to sink in, but eventually Clara came to understand that despite what the abuser had told her, the abuse was never her fault.

Clara learned that she doesn’t have to put up with any type of abuse. She finally knew she wasn’t to blame for the abuse and felt free to express the relief she had felt ever since she left her abuser. She says she is now able to “control fear and anger” with healthy coping skills.

Clara said that the program also helped her come to realize that “I had to move on and be strong for the sake of my children. If it hadn’t been for Community Solutions and being informed about the services offered, I would have still been in that abusive relationship.”

Watch our 2018 Client Video Below 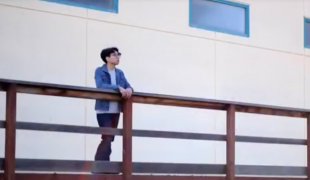 You can provide safety and hope to a family like Clara’s. Donate today!